At this time we are working in three locations in the district of Jinotega, Nicaragua. Take time to review the map and a description of each location below. Nicaragua is the second poorest country in the Western Hemisphere. It is the largest country in Central America (slightly smaller than the state of New York), and it borders Honduras on the north and Costa Rica on the south. It has two coasts: the Pacific Ocean on the west and the Caribbean Sea on the east. It is a representative democratic republic with a population of almost 6 million, of which one-fourth live in its capital, Managua. The official language is Spanish. The primary airport is Augusto C. Sandino International in Managua, where more than a million passengers arrive and depart every year.

The climate of Nicaragua is tropical and features two seasons: dry and rainy. From January to June is the dry season; trees and plants begin to dry out due to lack of rain. During the rainy season, which begins in July, the rains last for short periods. In the lowlands, the temperature is generally 72° F at night and 86° F in the daytime. In the mountains, the temperatures are in the low 70s in the daytime and dip into the 50s at night.

The economy of Nicaragua is the second poorest in the Americas; its average yearly per capita income is $1,028, unemployment is high, and 79.9% of the population subsists on less than $2 per day. Coffee, corn, sugarcane, cotton, bananas, rice, sesame, soya, tobacco, and beans are the primary agricultural products. Its fastest growing industries are tourism, food processing, textiles, chemicals, machinery and metal products, and petroleum refining. Its exports—primarily to the US, Mexico, and El Salvador—are beef, shrimp, tobacco, coffee, lobster, gold, sugar, and peanuts.

Education is financed by taxes. Elementary education is free and compulsory, but many children in rural areas are unable to attend due to lack of schools or the economic necessity of having to help care for and harvest crops.

Nicaragua has freedom of religion. Of those practicing a religion, 73% are Catholic and 17% are of various Protestant faiths; the rest are Bahai, Muslim, Buddhist, or Jewish. The 16th-century Spanish conquerors brought Catholicism with them and it dominates the religious scene today, with most people being born into the Catholic faith.

Nicaragua's money system is in centavos and córdobas (like cents and dollars, 100 centavos = 1 córdoba), with approximately 30 córdobas equivalent to 1 US dollar at this time. 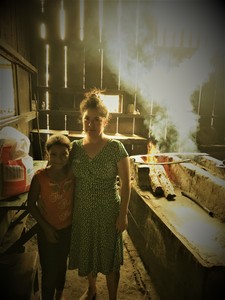 Datanli is an indigenous word meaining "Where water falls". This region is one of the most rich and diverse ecosystems in Jinotega, a place of beautiful and impressive forests and where water sources originate from the top...

Jinotega is generally known as "The City of Mists" (Ciudad de la Brumas) for the magnificent whisks of clouds continuously feathering through the top of the valley.It is the capital of the department of Jinotega and is the...

Lipululo is a small farming community about ten minutes outside the city of Jinotega. It sets high on the mountain side and boasts a beautiful view of Lake Apanas. Once a part of the farm Santa Clara, you can still find ma...